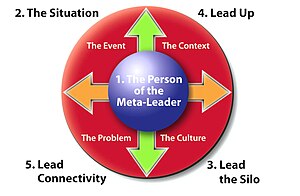 It is impossible to know everything, or to even know all of the things that there are to know in one particular area. We all know this to be true, and yet there is a certain level of arrogance for people in positions of power that seems to imply the opposite.

Consulting and arrogance go hand in hand. You never have to stick around to see hoe things shake out. Anyone who claims to know the solution is a consultant and not a stakeholder.

Stakeholders are around for the long haul. They are interested in making sure that everything has been thought through and that backup loans exist. Consultants don’t worry about backup plans. They are never brought in again if the first time didn’t work out.

It is not to sway that consultants can’t care about the issues of the day, it is just that they are an expendable part of the community. The arrogance that comes from not doing any one thing for a terribly long time is so ingrained in their actions that they start to believe all that they are preaching. I am glad for their voices and their persecutive, but I don’t want them running anything. I want consistent voices, but ones that crack every once in a while. I don’t want the mighty voice coming down from on high and letting me in on the secret to a better work life or collaborative solution.

Arrogance comes from a place of will.

The consultant is under the impression that they can will something into being. It is their personality and charismatic leadership that are going to see us through. It is their vision and forward thinking that will place us ahead of the pack. It is their body of work that will speak for itself and show us the way.

I was once a consultant for the job that I now hold. Before I became a stakeholder, I had the chance to be arrogant. I consulted on creating an online school and provided professional development on how to create online courses. The school that I helped to first design had several flaws, not the least of which was that I wasn’t sure I would have to live with the results if I stopped consulting. I developed something that didn’t require me to exist and that made sense to do. Unfortunately, the results became readily apparent of how drastically different our vision was from what we actually implemented.

We had disjointed and inconsistent content. We had to switch learning mangement systems (3 times in two years). We had no way to insure that the tools that our stakeholders used today would be in place tomorrow, and we switched it on them many times.

All of these things come from a place of arrogance. I arrogantly thought that by providing 101 tools and resources for authentic learning that would be enough to spark the people I was consulting with to create an environment that we could all be proud of. But I was just a consultant presenting an answer. I didn’t listen to what happened before and I sure didn’t want to admit that I had never actually attended an online course. I claimed authority when all I should have been claiming was my seat at the table.

So, here is what I promise:

I will never consult on a project that I don’t ever have to see again.

I will never create a solution before I know the real problems.

I will never offer my experience as evidence that the current project will be a success.

I will never start a revolution without understanding exactly who’s head I will have to cut off to do so.

I will never stop being honest with those around me as to my bias, my understanding, and my plans.

I will listen to anyone who cares to speak with me.

I do not want the arrogance that comes along with consulting. Instead, I want to be so invested in my work, regardless of actual titles, that I feel as though I am staking all that I am with each action. “Becsause I said so” is not enough. At least not for me, and certainly not any more.