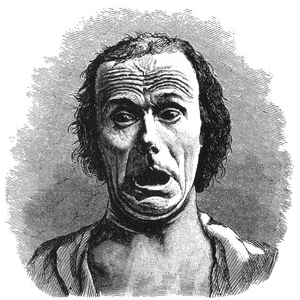 Other people affect us in the strangest ways. Retirement parties are one such example. The rash of these awkward moments in my life have really been getting to me. When people decide to cash in their chips, it really makes me eye the stack I have in front of me. It makes me wonder what they know that I don’t (which, if they are retiring after 30 or 40 years of work, is probably a lot). At these parties there is cake, but it isn’t about the cake. There are gifts, but no one cares about the gifts. There is small talk, but no one remembers what was said. The entire event is centered around the vacuum that will be left in the absence of the person leaving. While we pay attention and say nice things about all of the service that was one in the retiree’s tenure, the real issue on everyone’s mind is all of the things that won’t be done in the future because of this retirement. We all play out in our heads the stories of what will never be completed or worse yet, what projects will never be started.

And the same goes for people leaving to work elsewhere (although, they usually don’t get a grand party). We all know that they will be replaced either by someone new or someone shifting into that position from within. Yet, we cannot put ourselves into that place of knowing what it is that will happen during or after the vacancy. It is entirely the fear of the unknown that creeps in on us and makes us want to run to leave too. It isn’t the peer pressure of other people leaving that makes us question our loyalty. It is the fact that we have no idea who is coming in to replace them and what the organization will look like afterwards.

The best organizations can weather any large-scale changeover. There have been many shifts in priorities and populations in large school districts and Fortune 500 companies, and with each shift comes a new identity. And yet, fitting re-assimilating that identity is hard work, and not all of us have enough energy left for it. So, how can you take control of that oncoming identity shift? You make that change first. If you leave and start work elsewhere, you get to control what you want to be a part of. You get to choose your partners and your co-workers, instead of having them chosen for you as the organization morphs into something that is unrecognizable to you.

And yet, there is a powerful force within us that makes us want to wait it out and see if it will get any better. There is always this loyal streak that seems to engage our fight or flight instinct and it gets us to recognize just how hard the flight might be. We look around us, at the economic realities of the day, and we decide that it is good just to have a job. We make do with what we have. We take on additional responsibilities. Every day, we keep our head down just a little bit lower in the hopes that everything will start to shake out and we won’t have to move too far from where we are to maintain a similar status.

And then more changes come, more uncertainty. More people keep leaving, challenging our resolve. Stay the course or head out in a new direction? All of this head-down standing still doesn’t work so well when the ground underneath us is moving.

So, without putting too fine a point on it, I would like to enumerate the things that I look for in deciding whether or not to jump ship on any given day:

Because I know that each of these issues is of value to me, I don’t have to live out one my favorite Clash songs on a daily basis. I am loyal and hard-working, but there I also know what is worth fighting for.