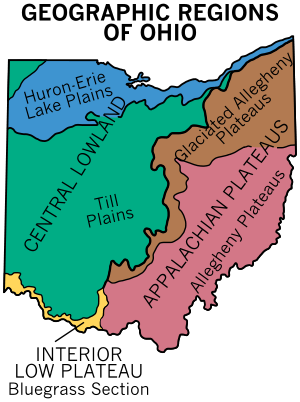 My grandmother owned a mountain. Well, maybe not the entire mountain, but in the middle of Ohio, it is about the closest thing to a mountain as there is. And near the top of it, my grandfather built a huge farmhouse. He built it in two stages, and we called the pieces the old house and the new house. Even I did, and I had never known the house without both halves.

The house sat on the side of this mountain so that on one side it was one story and on the other side it was two. It provided for a beautiful deck overseeing acres and acres of forest. And below the deck was a walkout basement and courtyard. If you wanted to, you could climb up underneath the deck and see where the earth met the house. And I wanted to, all of the time.

I would dig up the arrowheads that laid buried in the soil where the house was set into the mountain. It was the coolest, dirtiest place a boy could find in the summers that we used to go up and visit my grandmother. I knew that with each handful of dirt that I sent down the hill, I was unearthing something that no other person had ever seen before. What I didn’t realize is that I was also weakening the foundation and eating away at the supports as well.

You could make the case that I did no damage and that all of my arrowhead hunting was simply not enough to make the house slide off of the mountain and into the ravine below. But, I would say that given the chance and enough summers, I would have dug that house right out of its home.

And the people that live in the houses I dig under have no idea that this is happening. They seem to go along with their lives oblivious to the fact that it isn’t just me digging anymore. There are hundreds of thousands of people who would like to see the foundation be undermined. And not all for the same reason.

Some people are digging away at traditional schools because they aren’t working for their kids. Some people are interested in scooping out large pockets of earth in business because of the rejections they have faced in trying to break into a biased corporate culture. Still others are hacking away at the earth in front of them, trying to bring down the technology houses that seem to only provide a sterilized version of ownership and creation of content.

From MakerBots to Lean Startups to Charter Schools, we are all digging away at the house up above. And it may well crush us if and when it falls. And yet, we continue to dig, despite the danger. We continue to dig because we know that the stories of digging and the chance for finding a truly amazing artifact are more than worth it. We believe that what we learn in the shadows of a big house, getting our hands dirty and figuring out what is really holding the structure up is a much better education and experience than sitting up on the porch and admiring the view.

And if we survive the dig, we may go away from that mountain and start to build a house of our own. We may construct a sturdier and better house, with reinforcements on the foundation and a more hidden earthy exterior. But others will find a way to dig at our edges too. They will be just as curious as we were to see what really is really holding the structure up. They may want to know just what we covered up in our rush to build. And we will deserve it every bit as much as the folks that we are digging at now.

Because all houses on the side of a mountain have a cool underbelly. They are all playgrounds for curious people. And it is only those with the will to attack something as big as a house with nothing but their own fingernails that will succeed. It may take many summers to get anywhere close, but eventually we will start to expose everything. And that is a good thing.