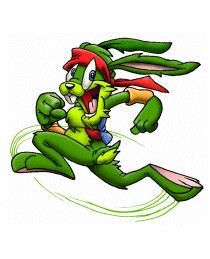 Beta testing used to be something that a few early adopters did. It used to be a big deal to be a “beta tester.” I remember applying to become a beta tester when I was in the 8th grade for Epic MegaGames, the creators of Unreal (although, I was wanting to beta test things like Jazz Jackrabbit and Jill of the Jungle). I went through quite a process of Non-disclosure forms and written interviews. After all, I was getting to see a product long before others were. In fact, the process was so long (about 2 months), that I got fed up with it just as they sent me the final Beta Tester Contract and I never saw a single game before it was released.

Now though, there is almost never even an application to be a beta tester. It has become something that everyone does. The word beta is attached to products for much longer than was ever thought reasonable (gmail was in beta for 5 years). Why has this shift occurred, and more importantly, why is it a good thing?

It is my contention that everyone should be a beta tester and that perpetual beta should be the norm.

Beta teaches us that we are never finished, that there is always something to do better. It teaches us that we are all fallible and that we all make mistakes. Beta asks for a community to be formed to discuss what is working and what isn’t. Beta requires feedback. Perpetual beta means that new discoveries are around every corner. It shows that single contributions can have a great affect on the overall experience for millions of people. It allows us to become better. It also allows us to fail.

So, why not put beta on other institutions besides software? Why can’t we call our schools “beta” and our students, “beta testers”? Why can’t we call our Government “beta”? Doesn’t saying that our educational systems and our systems of government are finished products seem a little arrogant? If we were to apply the label to more than just software, I believe that many more people would feel comfortable to try new things and get feedback for those things.

I realize now that when I was in the classroom, I really did think about my students as beta testers for their own learning. They were trying out hypotheses and seeing what feedback I would give them. They would change drastically from version to version sometimes, but would always settle on who they really were. Their user interface would get reinvented every single day, but their bugs were never so terrible as to get them shelved.

Perhaps the metaphor is stretched a little thin here, but I think that if we could show just how much beta has done for the american psyche (not having to be perfect at every step, learning from mistakes, being innovative), I think that we may just have a chance to create change without having to dismantle entire systems. I think that a big rubber stamp should be fashioned with that iconic word for our time and we should apply it to anything that doesn’t already have the moniker. Because whether we believe it or not, if you don’t say you are in beta, you are just fooling yourself.