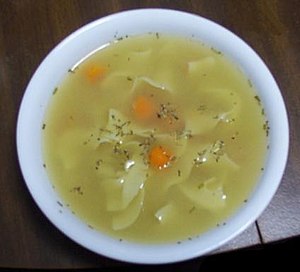 I spoke at my high school graduation. Along with our valedictorian and a few other people who applied for the job, I gave a speech that was mostly a rehash of my application to get into college. I reprint it here to make sure that the absolute obtuseness of it is not lost on this audience:

To borrow from the classic movie The Breakfast Club, I say to those who believe they understand: “You see us as you want to see us, in the simplest terms, in the most convenient definitions.” But what I found out was that we learned more than just Algebra and Physics and English and all the other things they bullied into our heads. We learned about responsibility, change, thought, enjoyment, love, friendship, differences and ourselves. I can’t define high school but I can tell you what I know.

What happened in the past couple of years? Our bodies were in so many positions. There was standing, sitting, laying, hunched over, fetally rocking, uncomfortably leaning, doubled up, reaching down and stretched out, with both feet, one foot, and no feet on the ground. Our thoughts though, were far more numerous. We used our bodies and minds wisely as well as recklessly.  We had to force ourselves to go on green and stop on red. I only got in a few accidents. Repair was a habitual thing. It always came out better than new. Except for those tiny scratches on the bumper and the keying on the window. But I know what those are from. I remember those days.

?The people that knew us before we knew anything took a back seat to other learning methods. They sat at home while we mistook nightlife for something new and untried. Sometimes in a clear shove. Sometimes in a hug. They always had their hands near the jugular but usually just fixed our clothes instead.

We were asked to climb a mountain with people in front and behind.  Our goal was to reach the height with the best view. Any falter would cause us all to have scraped knees. It was a burden to be depended upon. But there is no burden greater that that of being undependable.

School locked our hours tightly with a chain of double-edged paper. It was easy to break free but the cuts still hurt from every time I did. We were told at point blank range our worth. Built up with perfect marble and torn down with precision wrecking balls. A river of questions raged towards us, capsizing us or prolonging our ride. In the end our bodies ache from overuse but heavy objects aren’t so heavy anymore.

The never ceasing need to win drowned out many a day. Pride in a future unknown. Loving people for ability natural and learned. We were told to be the best according to every banner, announcement, and flyer. There was no celebrating of mere trying or thinking of things that saw further than Friday night. I too followed the blesséd ones. Why? Because I need to see someone do the things I can’t. We are people of action. Sometimes we just choose the action of inaction. But life would be pretty boring without the other exercises. My primary objective though, was within. Finding vocabulary enough to purge deep demons and strength enough to be completely fragile. I called myself names to satisfy the recognizable. But beyond tangibility lays just my name. No cleverly labeled packages, no boxes with ingredients, I’m filled to the brim with undiscovered theories without perforated lines. My ode to the four years past is “While most people were given their fishes of truth, I taught myself how to cast out the nets.” I’m not ashamed of what I caught. I know that many of my peers can say the same. In the end I am satisfied. That is the greatest thing about an end, the satisfaction of completion. We are now at point B and point A seems so very far behind us but as I see it we have about 24 more letters to go. And I’m prepared this time. My clothing is warm. I brought chicken noodle soup. My shoes are new but broken in. My watch is set perfectly. I have taken a comfortable sleeping bag and pillow. My deodorant, soap and comb are tucked away. I know how to make a fire. I know when to rest. I don’t know, however, what will become of these things on my journey, but I’m prepared. So let’s go.

While I still can look back fondly at some of those words, I mostly have no idea why I would just tell people what I was thinking. I mostly am completely embarrassed that they let me get away with speaking to thousand or so people who were there to see us off. I had that opportunity to say something real and I turned it into an academic exercise. I tried to write the kind of poetry that is heavy on inside jokes that I didn’t let anyone in on.

Cleverness is not flattering when you are the one doing the setup and the punchline.

We squander ooportunities like this all of the time. We resort to being cute or speaking around what we actually mean instead of coming right out and saying that we don’t have the first clue about what the future holds. Instead of giving a status report with a few engaging anecdotes, we try and make everything universal. And in trying to appeal to every experience, we can’t even relate to our own.

I hope I have enough common sense and courage to state for the record that I don’t know anything but what my stories have told me. I want to be the one to not try wnd resort to movie quotations and other quick words of wisdom to score cheep relevance points with the audience. I want to stand there in all of these situations and respect the moment enough to know that it will never occur again. If I can see others for who they are and not as additional data for my version of the monologue, I will have done more to achieve the respect that my original graduation speech was supposed to.

Selfishly, I just wanted the audience to need more from me. I think that is pretty backwards considering how much I needed them, for approval, for their collective power to make me feel important. Now, I want to let the moment dictate what is important. If it isn’t me, so be it. I think that is why I have given so few speeches since. It is much harder to share a moment with others if all you are doing is talking at them.

In such a shared moment, we share a part of who we are. We can ask for someone to do the same, but that is up to them. It is the giving of your self to someone else that makes the contract between people so important. I nope to negotiate many more such contracts as I look out into the future.