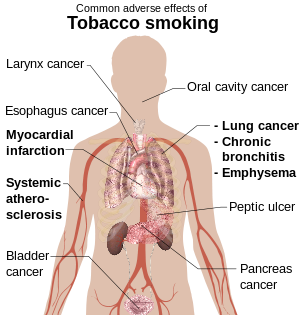 I got to know my wife by smoking hundreds of cigarretes with her. We would sit outside of the dorm and talk about what we were going to do with the rest of our lives. We would meet each other after class and hop in her car that constantly leaked oil. We would crack the windows and smoke to our hearts content (or not so much, if we are being realistic). The parliaments would sit in-between us, temping us to make the trip a few minutes longer.

While I am glad that we no longer smoke, I am also glad for the time that we had while we did. I found out more about her, faster. I learned things that you can really only share over something that is actively killing you. And, it was wonderful.

And on nights like tonight, when I am only really trying to figure out how a house gets so messy after only two days of being lived in with children. On nights when my whole world is comfortable and easy. I miss the chaos of ciggaretes. I miss thumbing my nose at health and sensibility. And, I wonder what it is that actually replaced those moments of laying down in the courtyard of a university, looking up at a cloudless sky and learning about your future wife’s childhood.

I have outgrown the need for a cancer stick in my hand while I talk to my wife, but for a while, it was my crutch. It was the easiest way to have an excuse to go outside and think out loud. It was the way for us to dig deep for an adventure when we both knew that there really wasn’t anything much going on.

So, what has replaced smoking for figuring out our future?

Mostly, it is going on walks and sneaking away from work while our children are at school for a lunch or late afternoon appetizer. Now we choose to put one foot in front of the other and make that our habit. Now, we look directly at one another for longer than most people are comfortable doing. We talk about the days we have had and the ones we know are coming. We let the connection we have built waft up into the sky above us, or hang low around our heads.

We have become our own glowing embers, inhaling deep the daily adventures with our kids. We take deep drags off of our own shared sighs, knowing that the days are hard and that the only relief is one another. And we never throw the butts of our days out, instead choosing to save them to ensure that we don’t litter the world with a longing or resentment for what has passed.

And that is why I love her. She chose all of those things, and she continues to make those choices for our family. She worries and hopes and creates and communicates by choice.

They might think that is cheesy, but I know it to be true.