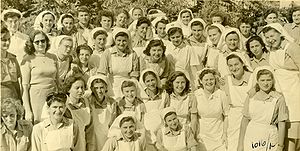 My wife got into nursing school today.

She took prerequisites, applied, interviewed and was offered a spot in nursing school. She didn’t know that was what she wanted until quite recently, but here we are, staring directly at changes to our life’s as we know them. The single fact of knowing that she is going makes me afraid for the status quo.

First off, she can’t work and do nursing school. It just isn’t humanly possible (even for her). This means that everything that we have known in the relative comfort of sharing the breadwinning burden will fall to me. I have never had that unique experience. It seems unreal to me. I don’t want to talk about money as mine or what I earned. It has always been ours and neither of us have particularly cared who spent what (so long as we stayed in budget). I don’t want that to change. I don’t want the feeling of being cash strapped for the year or two that it will take for my wife to complete her program to unearth this patriarchal feeling of entitlement. I want us to know that this is temporary and that we are not the roles that we currently fill.

The reality of the decisions that we have already made is forcing my hand at a lot of things now. It is as if we set up our own predestined path and now we are watching ourselves walk along it. Every time that we think about hopping off it, the weight of our decisions compel us to keep moving forward. We don’t have anything to be afraid of because we chose this, but we also don’t know what lies ahead so we are terrified. We are being forced by our former selves to be the people that we promised to be.

Even though we made those promises, there was a large part of me that didn’t think I would ever have to be this person. I didn’t think that I would have to own up to the changes we now both face: quitting job(s), getting a different job (or finding something to supplement the current one), figuring out ways to finance a course of study, figuring out how to take care of two young children while being financially responsible and/or going to school.

This is not to say that I am defeated by having to step into these shoes. Quite the opposite. I am exhilarated by being forced to change so much, so quickly. I know that it will be difficult to have conversations about raises, about financial aid, and about family support systems. I know that I things will not be normal (read: stable) for quite some time. I know that we will never be the same family after this. But, I also know that it is what we both want.

I want my wife to be happy. I want her to know that I will work solo for as long as she needs me to. I want her to be able to take the late shift at the hospital and not worry that the kids are going to get fed and bathed and put to bed on time. The fact that we are being forced by decisions we have made is all the better. Even though we may not feel in control right now, we are. We have set things in motion that give us the ability to take control of our own destinies.

Our hands are forced because that is how you sculpt something into being. We have forced our hands to move around this raw clay of a future. We force our hands to apply pressure in just the right spots, opening up possibilities for what it may hold. The whole thing keeps on spinning, sometimes almost out of control and sometimes in the rhythm that we feel within ourselves. Our future is crafted and thrown and fired and cured. We are only done with it once it satisfies us.

Right now, I am looking at a huge hunk of clay and I wonder just how I am going to make it into something beautiful. My wife got into nursing school, and we are just getting started.